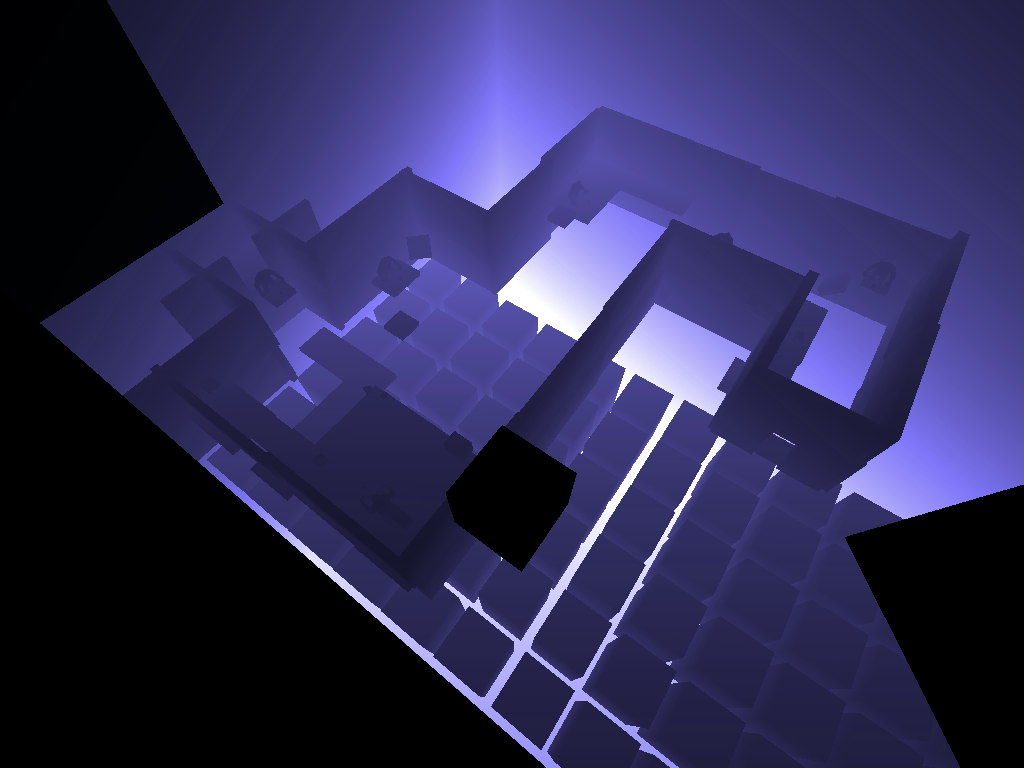 Lamorna Engine features a software rendering pipeline. It has a sort middle architecture, where triangles coming off the geometry stage are binned prior to further processing. The following is brief description of the process.

Triangles are submitted to the front end of the renderer as part of a draw call containing index and vertex lists for models that share a common back end shading routine.

Once enough triangles are accumulated the second stage of the pipeline is run.

Processing a draw call is expressed as a job for the thread pool. Each thread owns a copy of the screen bin structure so it can run without a need for synchronisation. At the end of draw call processing all valid triangles have been binned across a 3 dimensional array of form [i_thread][tile_x][tile_y]